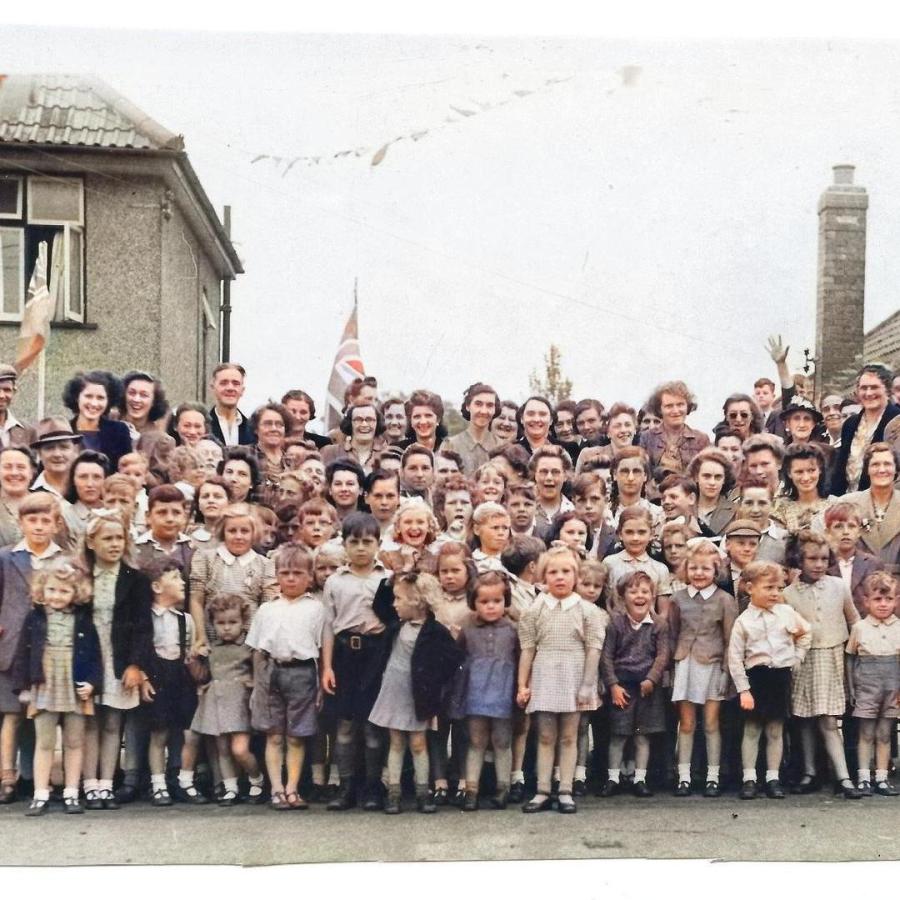 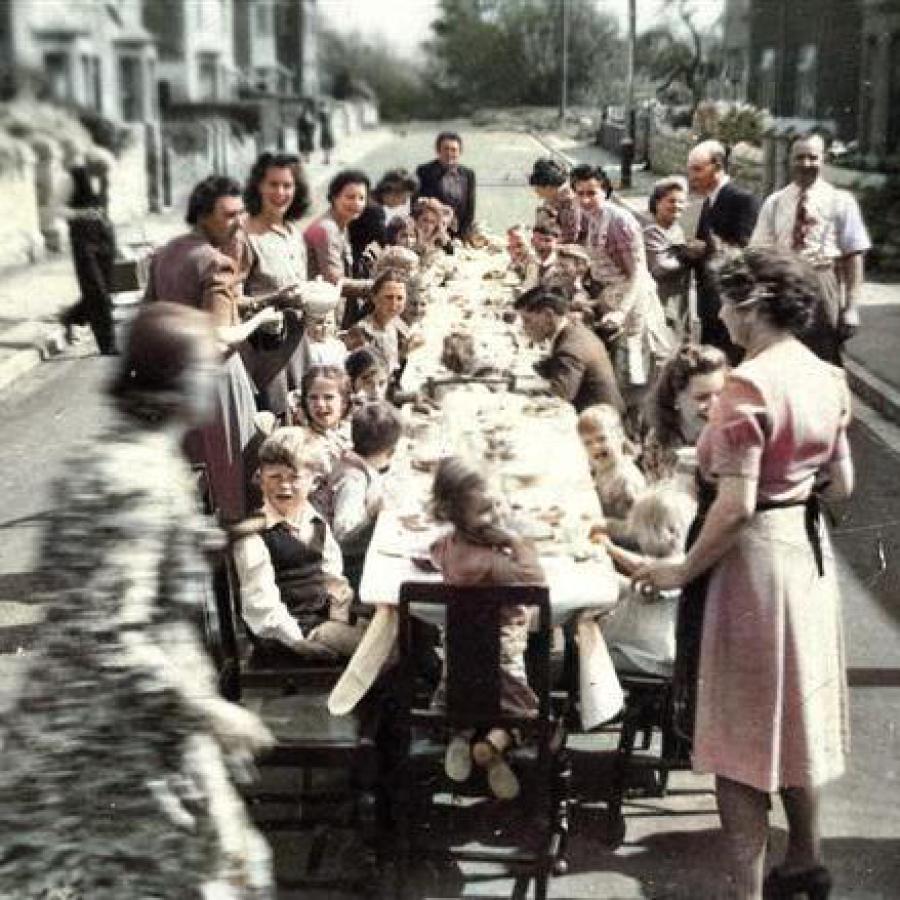 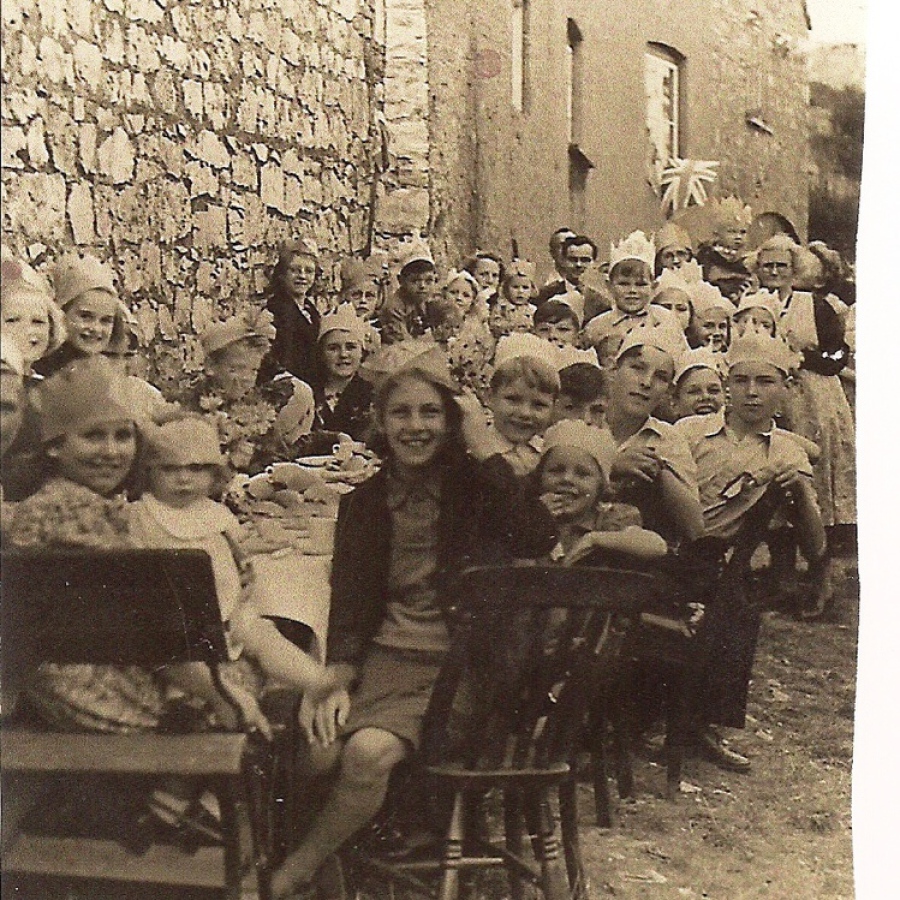 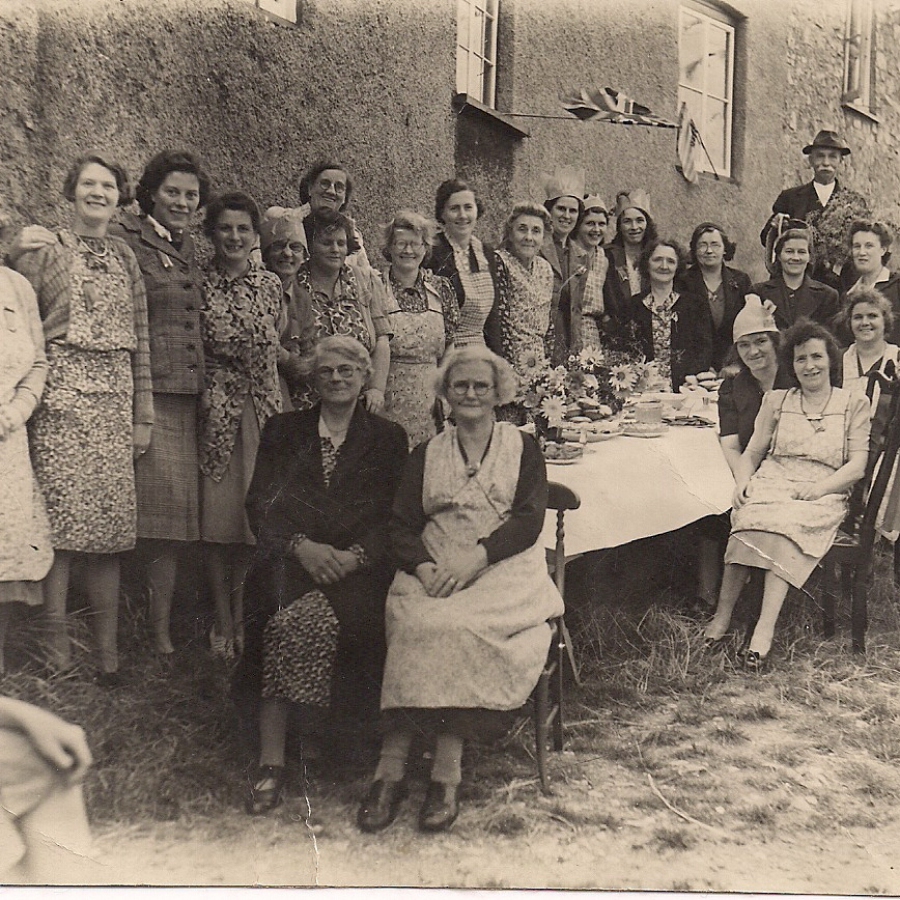 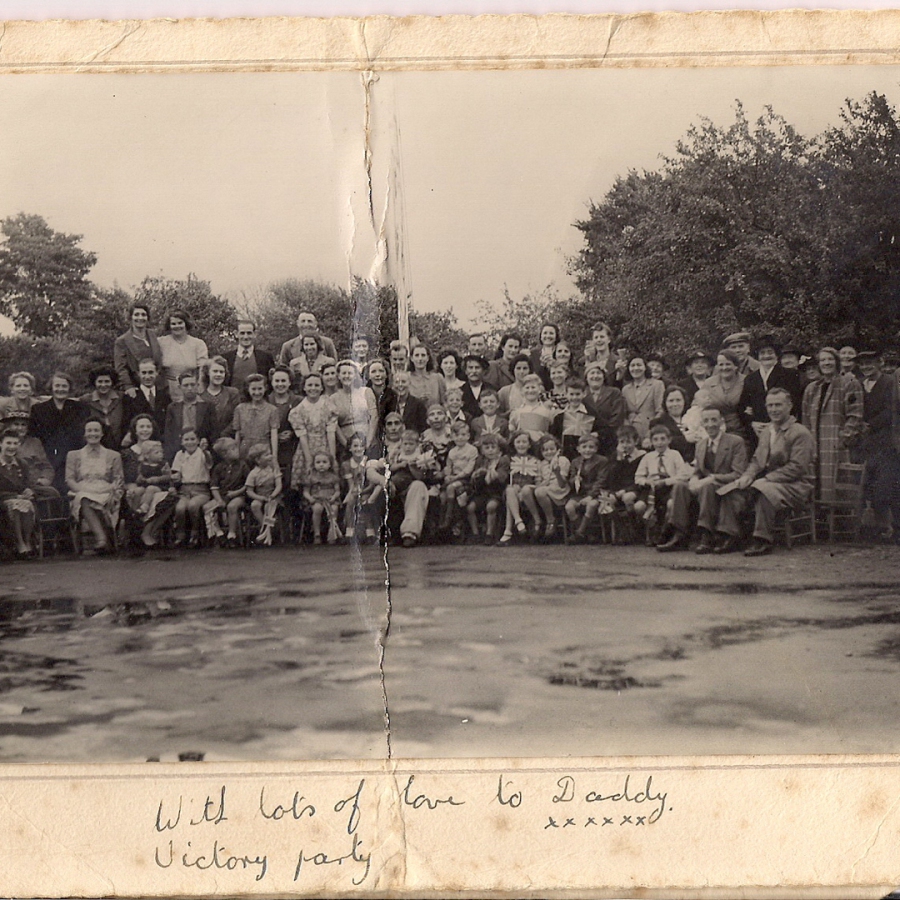 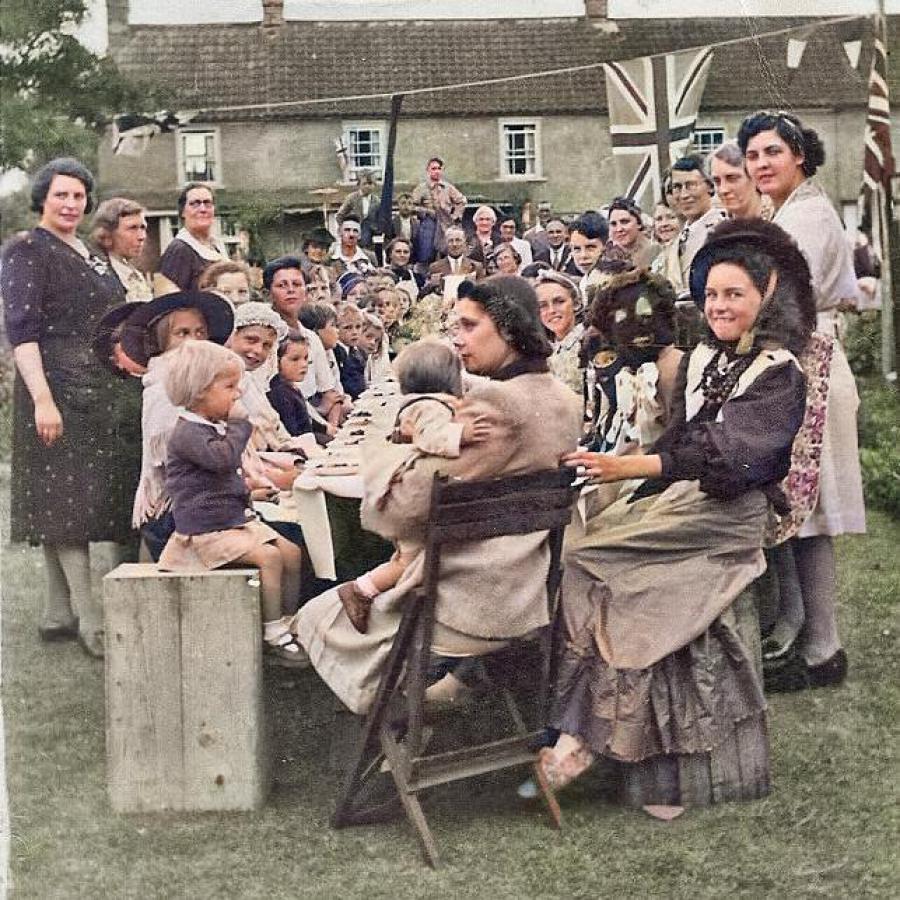 Throughout the early months of 1945, the planning for peace went on.  The men of the now disbanded Home Guard put on a New Year Party at the Church hall, and what a party.  It lasted six hours.  Musical games and ‘frolics for the children and N.C.O.s’ were followed by Mysteries from the East and West by Sing Hi and Ali Cassim Baba.  The mind boggles.  All this and games, puzzles and competitions for all children between 4 and 82.  Then there was dancing and refreshments, which according to the spoof menu included: roast pheasant, ducks and geese, oysters, birds’ nest and honey, beef, venison and horse, vodka and caviar and Olde English Ale.  ‘O yeah’ was printed at the foot of the menu!

There were weddings of course, too many to mention, men being welcomed home on disembarkation leave, arguments about supplies for the fish and chip shop in Hill Road, and all the day to day happenings that are such a comfort.

Families were still beset with news of missing loved ones, like Sgt. Charles Henry Bartlett of the RAF.  The hope in the hearts of the people of Worle and the World was often veiled with tears for the hopeless carnage of it all, but there was hope, and in early May it was suddenly justified. Hitler took his own life, Germany surrendered and it was over.

We can see in grateful, weary faces what a trial it had been and how much suffering had been inflicted, but over it was and Worle, with the rest of world, breathed easier and arranged street parties.  The pictures were given by the offspring and relations of the wonderful generation who got through it all, and after the pictures there is one more story which is designed to give us all a glow of thankfulness.

The celebrations in Greenwood Road went on all night, thanks to the chap with his back to the camera in Fig. 37, Mr. Percy Bennett, who put loud speakers up on a pole for dancing.  The leather from the soles of the dancers’ shoes coloured the road brown by the next morning.

The people in the Radio shop, which was next to Porter’s green grocery and fish store, put up an amplifier in the Church Hall for Old Time Dancing.

There were so many parties that only 4 girls turned up for Brownies, much to the chagrin of Nora Jefferies.